Jessica Black is a Pittsburg, California, mother of two black teenagers, both of whom have been disciplined multiple times at their middle and high schools. Her daughter has been suspended more than once, and teachers often deem her son’s behavior out of line, reprimanding him for not taking off his hoodie in class and for raising his voice.

In observing her own family and others, Black has noticed a pattern: Behaviors that many black parents might consider annoying but developmentally appropriate, such as an ill-timed joke or talking back to an adult, are treated by school staff as cause for suspension. From there, students are pushed out of classrooms, lose learning time, and can end up in the school-to-prison pipeline. “It’s a totally different environment, a totally different culture,” Black said when we spoke in July 2018.

Black knows that her kids are not alone in their struggles at school. She works with the Black Organizing Project nearby in Oakland, where she offers peer-to-peer support to other black parents whose children are going through disciplinary proceedings. Black told me that many parents say their children behave as all children do, but wind up targeted by school officials because educators misinterpret these students’ actions, assuming the worst. Glaring, making noise, and violating the school dress code can all lead to suspension. The consequences are significant: When students are excluded from the classroom, they’re more likely to do worse academically, become truant, drop out, and eventually come into contact with the juvenile-justice system.

I heard similar concerns about the gap between home and school cultures when I interviewed dozens of black mothers for my book, We Live for the We: The Political Power of Black Motherhood. Many of us know about the disparities: Black students are more than three times as likely as their white peers to be expelled or suspended. Less frequently discussed are the strategies black parents use to prepare their children for schools where they might be perceived as threats or expendable misfits who aren’t core members of the community.

The mothers I spoke with were concerned about these disciplinary patterns. They were also worried about subtler ways black students are told they don’t belong in classrooms where the dominant culture, with its emphasis on obedience and hierarchy, is unlike the culture at home. These mothers talked about their efforts to encourage their children to question authority, speak freely, and express opinions—all things they valued—only to then watch as their children were reprimanded or even criminalized for doing so at school. They shared how nonblack peers would unexpectedly touch their children’s hair, making them feel violated and objectified. Some had placed their black children in predominantly white, suburban schools that offered strong academic programs, but that were limited by their own insularity and thus were unable to prepare black kids for the more racially and economically heterogeneous real world. Others felt that teachers had treated their children coldly, and were unable to see them simply as children.

I had many of those conversations around the time that I started taking my toddler—my first child—to a library story circle, a weekly sing-along, and other enrichment programs that were our earliest experiences of school-like environments. We were often the only family of color or one of few, and I began to think about the socialization that comes with schooling for black families of school-age children. The verb socialize means “to make suitable for society.” The word is typically understood as benign, but I wondered: What does it mean to encourage a child to become suitable for a society that isn’t really suitable for her?

Through my research, I learned that helping children survive and have positive experiences at school is another way in which mothering is different in black families. I came across a 1992 book titled Raising Black Children, co-authored by the psychiatrists Alvin Poussaint and James Comer. Poussaint consulted on The Cosby Show and was known as a kind of Dr. Spock within black communities in the 1980s and 1990s. In the book, the authors write, “Many black parents question and have mixed feelings about passing on the values and ways of a society that says in so many ways, ‘We do not value black men and women, boys and girls, as much as we do whites …’ The need to preserve our culture and community springs from a desire to maintain a real and psychological place, where we are accepted, respected and protected. For this reason we are concerned about whether ‘white psychology and child-rearing approaches’ will change us, hurt us, destroy our culture.”

For many white parents, the process of socializing their children is an unalloyed good, an uncomplicated part of child-rearing that poses no real threat. For the mothers I spoke with, immersing their children in a school’s culture meant hoping they’d get what they needed academically without sustaining too much damage to their sense of self.
As both an academic and a mother, Jacqueline Roebuck Sakho knows this balance well. She is a professor of educational leadership at Lewis & Clark College and has written extensively on school discipline; she also has six children, all of them black. Roebuck Sakho told me that she chose to send her children to public schools, even though she knew they would create challenges for her family. Her children are there to learn and participate, but they’re also there to question and transform negative aspects of their schooling. Roebuck Sakho’s children accept this as part of their work as student-activists, she said. When they come home with stories about factually questionable content in a lesson or a teacher’s dismissive behavior, the family has a conversation about how best to respond. Roebuck Sakho said she doesn’t want her children to absorb all the cultural norms introduced by educators. “I’m sending them to school to get a part of education,” she told me.

But conversations like those in Roebuck Sakho’s home aren’t happening everywhere. Parents of color are about three times as likely to discuss race with their children as are white parents, according to a 2007 study of kindergartners and their families in the Journal of Marriage and Family. Three out of four white parents in that study avoided talking about race entirely, according to Po Bronson and Ashley Merryman, whose 2009 book, NurtureShock, highlighted the research. White parents often believe that talking about race is itself somehow racist, and so communicate to their children that skin color doesn’t matter and that everyone is equal, Bronson and Merryman found. But even toddlers, with their brief experience of the world, can see that’s not true. When white parents leave kids to make sense of these contradictions on their own, without historical context or guidance on how to think about difference, classrooms are bound to become fraught spaces for black children.

Many parents I spoke with emphasized the role of peers in establishing and maintaining norms at school. When I interviewed Monifa Bandele, a Brooklyn-based community organizer and a senior vice president of the advocacy organization MomsRising.org, in 2018, her daughters were 16 and 19. The girls attended a Quaker school that in many ways aligned with the values the family embraced at home. But her daughters still had to learn to navigate what Bandele described as white-liberal racism, which tends to be practiced by progressives in denial of their own white-supremacist beliefs. Bandele and her husband were raised in families that organized against apartheid and created African-centered schools, so their children’s thinking around issues of race and power is well developed and generations in the making.

Bandele worries that her daughters’ sharp perception has at times left them exhausted from dealing with racism both outright and more subtle, but she’s also seen them take it in stride. “I can check you on this; then we can still work on the science project together,” she told me, giving an example of how one daughter has responded. “You shouldn’t touch her hair, and let’s get these projects done.”
Not all children so gracefully develop survival strategies that allow them to participate in predominantly white schools while also resisting and even transforming the culture. Aya de Leon directs Poetry for the People, an arts and activism program that’s part of UC Berkeley’s African American Studies Department. She said her students carry different types of burdens, depending on the type of high school they attended. “If you’re in a hood school, the harms are clear, and you know when they’re happening that you’re being harmed,” she said, and pointed to physical fights and subpar academic offerings as among the problems. “In these white environments, you’re being harmed, and you don’t even know it because you think there is something wrong with you. [You think] if only you could get these white people to like you,” then everything would be okay.

In her own journey as a parent, de Leon has chosen schools where her daughter can be surrounded by other black and brown children. De Leon was one of several mothers I interviewed who talked about the importance of curating and nurturing friend groups that provide their children with allies and positive reflections of themselves. “Going into the tween years, the beauty stuff is gonna hit hard,” she told me. “And when it does, I just need her to have brown girls around her.” Other families enroll their kids in after-school or community-based youth-development programs that provide lessons on the history of the African diaspora, trips to historically black colleges and universities, and other forms of cultural enrichment that their predominantly white schools do not.

My own daughter has just started preschool. I’m excited and feel I’ve done my due diligence in choosing a place that will value and support her. But I’ve also tucked away tips parents shared with me that may come in handy as she gets older. Maybe one day I, too, will need to tell my child to take pictures of her assignments before she turns them in, a safeguard against some teacher “losing” her work as a provocation or punishment. Maybe I’ll need to remind her that I’m always just a phone call away, and that she should never be the only child in a room of adults asking her questions that make her feel scared, embarrassed, or confused. Like generations of black mothers before me, I’ll think up ways to help my daughter feel safe and confident as she learns about this society and how to survive in it.

You should think about this article. Submit a letter to the editor or write to letters@theatlantic.com.

DANI MCCLAIN is the author of We Live for the We: The Political Power of Black Motherhood.

Source: How Black Mothers Prepare Their Children for School – The Atlantic 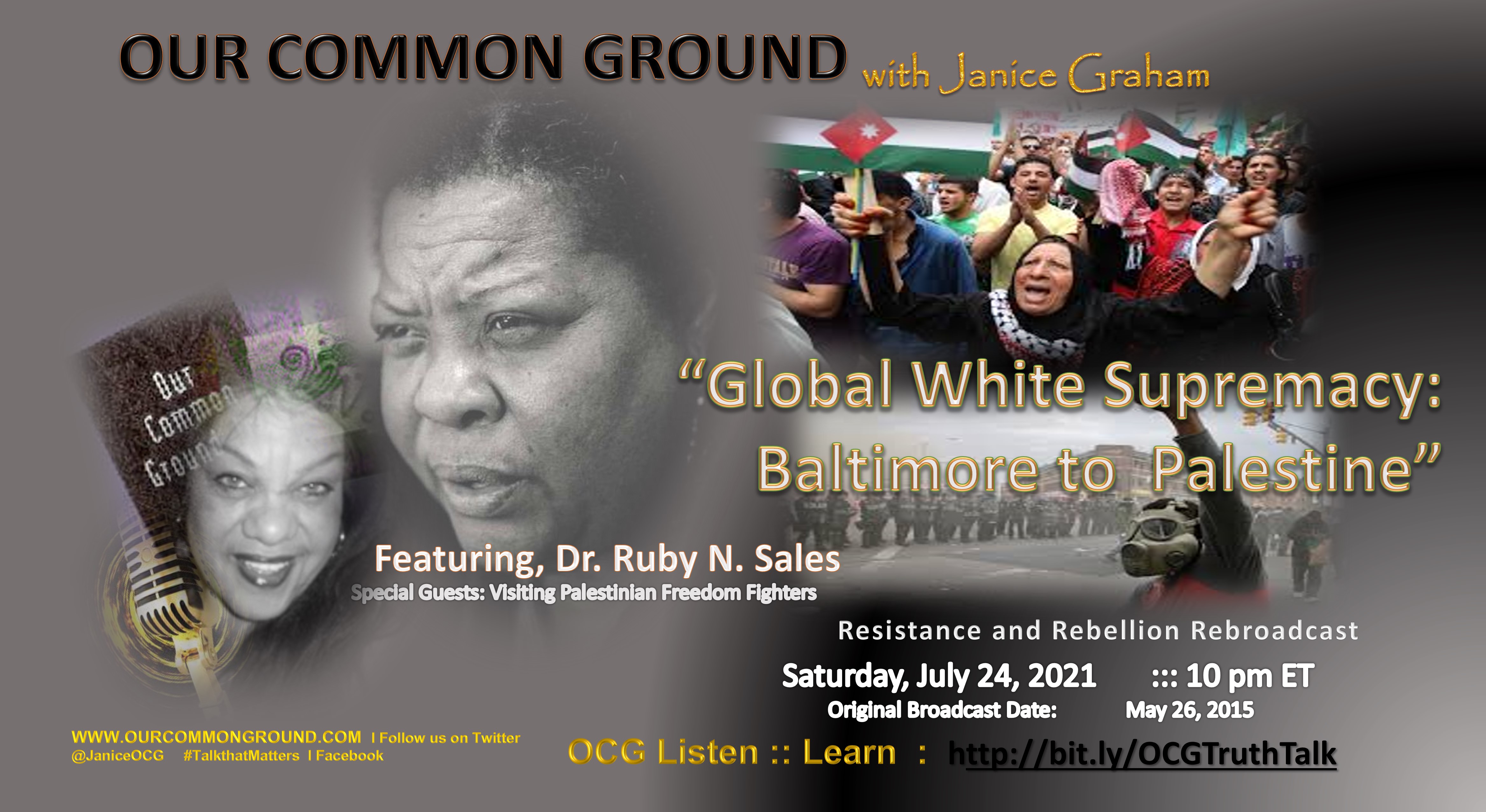