Homophobia is basic training for many American men. My best friends — brothers who lived next door — could think of no more cutting insult than to refer to each other as “my sister.” I was raised next door in an explicitly feminist household so I found this “insult” odd and confusing. I did not yet realize that it is common for heterosexual boys to conflate gender identity and sexual orientation, but I did wonder whether it was bad for a man to be like a woman? In retrospect, I realized, male identity depends on clear differentiation from anything feminine. To be a “sissy” is to blur culturally defined roles by being a receptive, sensitive or vulnerable male. Such blurring causes anxiety and forceful attempts to return to the assumed status quo. 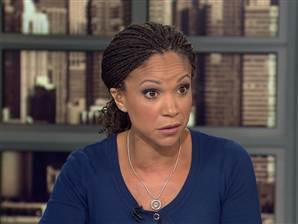 Video on msnbc.com: Melissa Harris-Perry and her panelists share a heated conversation on how many Americans link their perceptions on welfare to African-Americans, and later, they discuss the importance of the social safety net.