Civil rights legend Ruby Sales (OUR COMMON GROUND Voice) learned to ask “Where does it hurt?” because it’s a question that drives to the heart of the matter — and a question we scarcely know how to ask in public life now. Sales says we must be as clear about what we love as about what we hate if we want to make change. And even as she unsettles some of what we think we know about the force of religion in civil rights history, she names a “spiritual crisis of white America” as a calling of today.

Source: Ruby Sales — Where Does It Hurt? – The On Being Project

Ruby Nell Sales is a highly-trained, experienced, and deeply-committed social activist, scholar, administrator, manager, public theologian, and educator in the areas of Civil, Gender, and other Human Rights. She is an excellent public speaker, with a proven track record in conflict resolution and consensus building. Ms. Sales has preached around the country on race, class, gender, and reconciliation, and she has done ground-breaking work on community and nonviolence formation. Ms. Sales also serves as a national convener of the Every Church A Peace Church Movement.

Along with other SNCC workers, Sales joined young people from Fort Deposit, Alabama who organized a demonstration to protest the actions of the local White grocery-store owners who cheated their parents. The group was arrested and held in jail and then suddenly released. Jonathan Daniels, a White seminarian and freedom worker from Episcopal Divinity School in Cambridge, Massachusetts was assassinated as he pulled Sales out of the line of fire when they attempted to enter Cash Grocery Store to buy sodas for other freedom workers who were released from jail. Tom Coleman also shot and deeply wounded Father Richard Morrisroe, a priest from Chicago. Despite threats of violence, Sales was determined to attend the trial of Daniels’ murderer, Tom Coleman, and to testify on behalf of her slain colleague.

As a social activist, Sales has served on many committees to further the work of reconciliation, education, and awareness. She has served on the Steering Committee for International Women’s Day, Washington, D.C.; the James Porter Colloquium Committee, Howard University, Washington, D.C.; the Coordinating Committee, People’s Coalition, Washington, D.C.; the President’s Committee On Race, University of Maryland; and the Coalition on Violence Against Women, Amnesty International, Washington, D.C. She was a founding member of Sage Magazine: A Scholarly Journal on Black Women. Sales received a Certificate of Gratitude for her work on Eyes on the Prize. Additionally, she was featured in Broken Ground: A Film on Race Relations in the South, by Broken Ground Productions. From 1991-1994, Sales founded and directed the national nonprofit organization Women of All Colors, dedicated to improving the overall quality of life for women, their families, and the communities in which they live. Women of All Colors organized a week-long SisterSpeak that brought more than 80 Black women together to set a national agenda.

In 2000, Dan Rather spotlighted Sales on his “American Dream” Segment. In 1999, Selma, Alabama gave Sales the key to the city to honor her contributions there. In 2007, Sales moved to Columbus, Georgia, where she organized: a southern summit on racism; a national write-in campaign to save Albany State from being merged into a White college; a grassroots and media campaign to shed light on the death of seventeen year old, Billye Jo Johnson, who allegedly killed himself on a dark road in Lucedale, Mississippi when a deputy stopped him for speeding; Long Train Running Towards Justice, which celebrated the work of Black teachers during segregation and explored the ways that the Black school culture has been destroyed by White officials under the guise of desegregation; and a meeting with students at Savannah State to assist them in organizing and mobilizing a move by officials to merge Savannah State with a White college.

“Ruby Nell Sales is an African-American social justice activist. She attended local segregated schools and was also educated in the community during the 1960s era of the Civil Rights Movement. She has been described as a “legendary civil rights activist” by the PBS program “Religion and Ethics Weekly” Wikipedia
Born: July 8, 1948 (age 71 years), Jemison, AL
Education: Tuskegee University, Episcopal Divinity School   “ 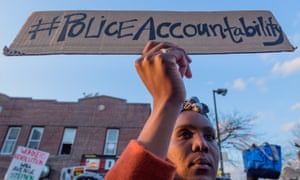 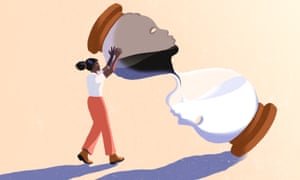 “In the hallway an Asian American woman locked eyes with me and mouthed: “Thank you.” A black man squeezed my shoulder and muttered: “Girl, if you only knew.” A black woman stopped me, looked around cautiously to make sure no one was within earshot, and then said: “You spoke the truth. I wish I could have shared my story so you’d know how true. But this was not the place.”

As I stood there, gazing off into the memory of hundreds of stifled conversations about race, I was brought to attention by a white woman. She was not nervously looking around to see who might be listening. She didn’t ask if I had time to talk, though I was standing at the door.“Your session was really nice,” she started. “You said a lot of good things that will be useful to a lot of people.”She paused briefly: “But the thing is, nothing you talked about today is going to help me make more black friends.”

Source: Confronting racism is not about the needs and feelings of white people | Ijeoma Oluo | Opinion | The Guardian