There is a growing economy for discussions about white privilege in this country that are employing Black and brown intellectuals and whites who profess anti-racism, to be the missionaries that save white souls. white privilege, or the idea that white individuals are born with unearned benefits and advantages, over others has been making its way through out the public media as well as the classroom. On the face of it, this seems like a radical conversation. Black, brown and some white people calling out white liberals and conservatives for their racism, and starting “real” conversations about race that air on MsNBC,CNN and even the Huffington Post. But conversations about white privilege are not really conversations about race, and certainly not about racism—its a business—WHERE BLACKS MARKET THEMSELVES AS RACIAL THERAPISTS.

See the first discussions of white privilege like W.E.B. DuBois’s Black Reconstruction (1935) or George Lipsitz’s The Possessive Investment in whiteness, or even Cheryl Harris’s “whiteness as property,” came from the radical Black intellectual tradition (race-crits, Black nationalists, Pan-Africanists) that did not believe that whites would simply donate their power and act against their global racial interests to be good people IN THE EYES OF BLACKS, people they owned and still imprison.  DuBois, and Lipsitz understood there is an antipathy and power in being against Blacks. Like George Jackson said, regarding the ILLUSION many Black academics have in romanticizing their ability to solve racism, “the white race, the economic elites of America, are not going to let themselves be educated out of existence. But today, you sound radical, progressive and insightful by MARKETING YOURSELF as therapist for whites, and know nothing about the actual conditions, structures, and ills that concretely effect the lives of Blacks. You can even talk about white privilege and not even know the names of the Black thinkers, the literature, the context, or the history the term comes from, and get acclaim for only citing white celebrities like Peggy McIntosh or Tim Wise.

It’s not genius to say in an oppressive society there are benefits being in the superior class instead of the inferior class. That’s true in any hierarchy, being on the top is better than being on the bottom, but the speaker of white privilege gets to pretend that America is not oppressive, they love America, they just want whites to surrender their privilege so we can be equal. See the revolutionary doesn’t have white friends: the government killed MLK, Assata is called a terrorist, Derrick Bell is erased from a field he started, because they spoke about the actual racial and economic tyranny of corporations, governments, the military and the white public,  but the for profit revolutionary wants to be commodified by whites…that Black friend that feels like they cured the racist white, while that same white person gets to point to these very relationships as proof they are healed and show to other whites they are the “white ally.”

Conversations about white privilege are simply moral appeals to the conscience of whites who have shown themselves to be committed to racism and social inequity IN THE IDLE HOPE THAT THEY change their mind. The implication of talking about privilege suffers from a childlike naiveity, it suggests that simply exposing racism and the privilege of whiteness to the white mind motivates whites to no longer act in their own self interest. See like the liberal utopia born out of integration, there is an unjustifiable assumption that telling whites about their social position means they are willing to surrender their power to appease a pop culture account of oppression. Think about the dishonesty of this approach. Black people, oppressed people, know there is a fundamental difference between being oppressed/Black and not oppressed, a citizen, white. We call for “national conversations on race,” where these public intellectuals get credit for starting conversations that amount to little more than allowing white America the opportunity to deny the actual realities Black America suffer from. And regardless of the outcome they come out LOOKING LIKE PROPHETS. This issue is white supremacy, and anti-Black death…trying discussing that…and see if your oppressor recognizes you then.

I remember at a recent APA I sat next to a feminist of color trying to get her white male student who couldn’t get a job in the white figures he studied and wrote a book on, and never studied race, racism, or Black philosophy, a job. This professor felt comfortable telling him if you start talking about white privilege, where she claimed the field was going, he could land a race job easily.  Think about this. So all the Black, Brown, and Indigenous scholars who study the raw histories of oppression and resistance lose out because they don’t want to give white liberals and conservatives a guilt trip. This is a powerful example of how as an academic discussion white privilege distracts the oppressed, and empowers the oppressor class to be employed in discussing systems they have no real interest in dismantling. 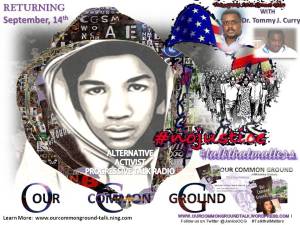