By Zaid Jilani [1] / AlterNet [2]
Following the murder of two NYPD officers in New York City, much of the political right moved to blame Mayor de Blasio and other progressive critics of police brutality for inciting the violence, claiming that the mentally ill man who was behind the attack was motivated by left-wing rhetoric.

That narrative doesn’t fit very well with a terror case brought this week by the FBI against three Georgia men, all members of a right-wing militia that plotted to attack police and others. Yesterday, Terry Peace, Brian Cannon and Cory Williamson pleaded not guilty to a charge of domestic terrorism, as well as charges of conspiring to defraud the government. Northwest Georgia News explains: [3]

Peace, Cannon and Williamson — all members of a militia in Georgia — participated in online chat discussions between Jan. 23 and Feb. 15, 2014, that were monitored by the FBI.

During the conversations online, they discussed using guerilla war tactics and planned to launch attacks against a metro Atlanta police station and several government agencies in February 2014.

The three men attempted to “recruit other individuals to join them and to carry out similar operations in those individuals’ home states.”

Peace allegedly told other militia members to choose targets including “road blocks, TSA checkpoints, sheriffs/police conducting operations outside the Constitution” as well as to participate in the “removal of government people who support extra-Constitutional activities.”

In other words, the men plotted to launch large-scale explosive attacks against local government and police that, if successfully carried out, would have been the largest terror attacks on U.S. soil since 9/11.

Only two news outlets, the Rome News-Tribune and Northwest Georgia News, have reported the charges.

Join TAS efforts to change our world with Empowering Narratives. Share this empowering narrative on your social network of choice and ask others to do the same. 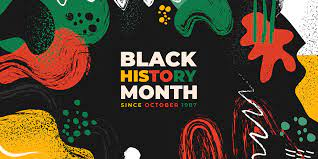