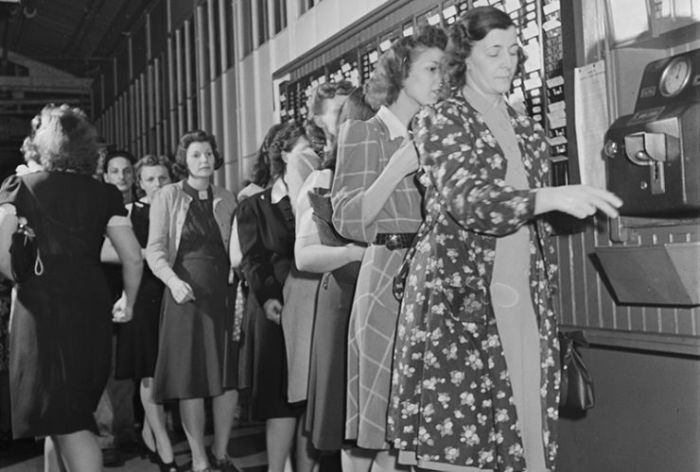 The parallels between present-day business management practices and slavery have been persistently neglected in mainstream discussions about the history of U.S. enterprise.

The most striking parallel between slavery and scientific management can be found in the “task idea,” which Taylor described as “the most prominent single element in modern scientific management.” The task system is closely identified with Henry Laurence Gantt, who is well known today for the Gantt chart, a scheduling tool, which still bears his name. During the heyday of scientific management, Gantt developed a “task and bonus system,” which paired a flat task and a time wage with bonuses for overwork. Workers would be paid a base wage plus an additional piece rate for production above a certain minimum. By combining an achievable (rather than a maximal) task with bonuses, workers would enjoy the security of a minimum payment but also be encouraged to strive beyond it.

Economic growth can accompany choice, but it can also build on violence and injustice.

Yet while they introduced some novel details, neither Gantt nor Taylor created the task system. It has a much longer history and was one of the principal methods of organizing labor under slavery. Under the task system, an enslaved person would be assigned a set “task” or quota that he or she was expected to complete by the end of the day; this was in contrast to the gang system, where enslaved people labored under constant supervision for a set period of time. In some cases, slavers who used the task system even gave monetary bonuses for achievement above set targets. They “dangled the carrot” in a way that resembles not just Gantt’s methods but those of the gig economy today. Indeed, except for the base payment and the critically important ability for workers to quit, Gantt’s new system was in nearly every respect the same as the system used by some slaveholders, a fact that Gantt made no attempt to hide. Rather, he acknowledged that the word “task” was “disliked by many men” because of its connection to slavery, and he regarded this negative connotation as its “principal disadvantage.”

This is less surprising considering Gantt’s roots in the South. Born on the eve of the Civil War to a slaveholder in Maryland, Gantt’s father, Virgil Gantt, owned more than sixty men, women, and children. As Gantt wrote, “The term ‘task master’ is an old one in our language; it symbolizes the time, now happily passing away, when men were compelled to work, not for their own interests, but for those of some one else.” Gantt’s goal was not to abolish this old system but to adapt it to modern needs. As he explained, “The general policy of the past has been to drive, but the era of force must give way to that of knowledge, and the policy of the future will be to teach and to lead, to the advantage of all concerned.”

In a sense, scientific management replicated slavery’s extractive techniques while jettisoning the institution itself. Gantt’s rhetoric was not necessarily of distance but of progress; he purportedly liked to say that “scientific management marked a great step forward from slave labor.” James Mapes Dodge, a Philadelphia manufacturer and early supporter of Taylor, explained in 1913 that “we cannot tell who first liberated the germ idea of Scientific Management, as it was born to the world in the first cry of anguish that escaped the lips of the lashed slave.” Dodge’s reference was metaphorical, to a vague and distant past where slavery prevailed, not to the slave South. But he understood that “the present generation” had inherited “from the past the relationship of master and slave” and saw it as the job of scientific management to move beyond it.