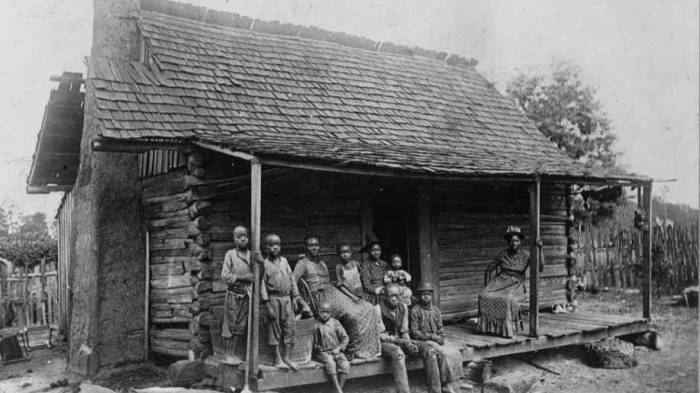 The voices of five men and four women, once held in human bondage, interviewed in Alabama in 1937.Brian Lyman, Montgomery Advertiser

“Today the state of Alabama marks the birthday of Jefferson Davis, who served as president of the Confederate States of America from 1861 to 1865. A state holiday, state offices are closed throughout Alabama. Davis, who at one point owned more than 100 slaves, led a government resting on the principle of white supremacy. The Confederate Constitution contained a provision explicitly prohibiting any law “impairing the right of property in negro slaves,” and his vice president, Alexander Stephens, said the “cornerstone” of the new government “rests upon the great truth, that the negro is not equal to the white man; that slavery — subordination to the superior race — is his natural and normal condition.”

Davis was a racist. In a speech to the U.S. Senate in 1860, the then-senator from Mississippi said slavery was “a form of civil government for those who by their nature are not fit to govern themselves,” adding “We recognize the fact of the inferiority stamped upon that race by the Creator, and from cradle to grave, our government, as a civil institution, marks that inferiority.” After his inauguration as president of the Confederacy, Davis said “We recognized the negro as God and God’s Book and God’s laws, in nature, tell us to recognize him. Our inferior, fitted expressly for servitude.”

“From 1936 to 1938, the Works Progress Administration, a New Deal agency, sent workers throughout the South to collect oral histories from survivors of slavery, eventually conducting more than 2,000 interviews, including at least 129 in Alabama. The workers were not necessarily trained interviewers, and scholars have noted that the race of the interviewer often had a major effect on the answers the former slaves gave. But the testimonies preserve the voices of those who experienced a hell that Davis and other white southerners were willing to destroy the country to protect.

Below, the testimonies of nine African Americans held in human bondage, all interviewed in Alabama in 1937. The transcripts have been edited for length and clarity.”

Source: ‘Where was the Lord?’: On Jefferson Davis’ birthday, 9 slave testimonies