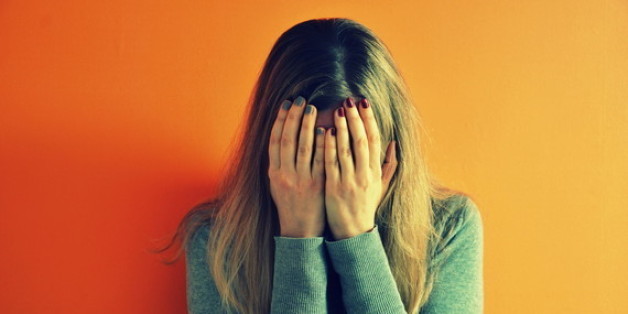 We usually don’t call out our acquaintances and friends about their micro-aggressions towards us — probably because we know they’re fragile, and when we do correct them, there’s a large amount of white tears that fall and hit our shoes, shoes that are now soaked from the previous white person’s tears you just had a work meeting with.

When you think of a racist what pops in your mind? White supremacists? The KKK? You usually think of white people down south right? You know, the ones who have confederate flag bumper stickers, and hurl the N-word at Black people who cut them off while driving, or school districts that ban Black hairstyles. These folks are more of the poster children of racism.

I’m here to let you in on a little secret: You don’t need to write a resume for the new available seat in the Ku Klux Klan to be a racist. We’ve heard many times before that racism is taught, that it starts at home with our parents and caregivers. This is absolutely true, but racism is also in our school systems, the media, it even comes from the mouths of orange men running for president.

I’m sure your parents never actually said that you should cross the street when you see a black person walking on the same side walk as you, but you do it anyway because you’ve witnessed them do it. Or maybe you’ve seen hundreds of movies where the predator character was a black person, and over the years you took that theatrical scene into you’re reality, allowing your mind to swallow it whole.

Racism isn’t always angry and mean. I’s subtle, mild and, at times, friendly. It was your boss in that interview who was amazed at how intellectual you were, so amazed that he even prolonged the interview with concerning inquiries and assumptions:

“How did you manage to succeed in a low-income one parent household? Was it hard growing up without a father?”

It’s hopping on the train and seeing the sweet white lady scoot her belongings over and make room for a white person to sit down. Although five minutes ago you asked if the seat was taken, and she put on a Oscar-worthy performance about how sorry she is that it’s not available for your black body. Or the white friend who laughs and makes fun about racial stereotypes, but they insist its only a joke, to take them at their word, it’s not how they truly feel.

We usually don’t call out our acquaintances and friends about their micro-aggressions towards us — probably because we know they’re fragile, and when we do correct them, there’s a large amount of white tears that fall and hit our shoes, shoes that are now soaked from the previous white person’s tears you just had a work meeting with.

People of color are made to feel wrong and guilty when we voice our pain and correct our white counterparts. We avoid these racial stress related topics because the guilt you feel from hurting us, form into fear and anger. Instead of an apology, you defend your character and explain repeatedly how nice you are, you use your white tears as a weapon. Suddenly, a knife is pointed at me, and I’m the bad guy.

You’ve gone on and on for hours to tell me that I’ve hurt your feelings. Well, you know what? It’s a privilege to only get your feelings hurt after being called a racist, rather than experiencing racism itself.

We’ve been conditioned to think that racism and being a nice person can’t go hand and hand. We have to start realizing that racism is built in this society, it’s a dangerous and violent system that oppresses people of color in more ways than just a white supremacist group. You don’t have to wear a white hood and hate black people to play into stereotypes and racist undertones.

Yes, you’re a kind person — we all love your joyous smile — but one day, you’ll be confronted and have that talk with a black friend about an offensive status you wrote or that comment you made at dinner. Don’t start to defend your character or your intentions. Wipe your tears. You shouldn’t be the one hurting right now.

Don’t make this about you.

Don’t put your fear over my pain.

Don’t make my feelings less important than your anger.

While you’re still here, and still crying, I should also add that I don’t really appreciate your reaction to MY hurt feelings. Quite frankly, I find it to be abusive. To flip the script, shed tears, and make me feel horrible, horrible to the point where I lose focus on myself, (the person who’s truly offended), to comfort you.

My entire existence as a black person is to make white people comfortable, to coddle your feelings and never tell you that you’ve hurt me — the least you can do is apologize, take responsibility and own up to your offense, try harder, learn from this.

We’re not always aware of what we’re taking in from the world, but it influences our behavior and actions, regardless if we’re nice people. It doesn’t matter if the racism you endured was intentional or not, just know that racists don’t always appear as evil and violent. It’s inviting, it’s friendly, it’s simple, and at many times, it’s produced by the nicest of people.