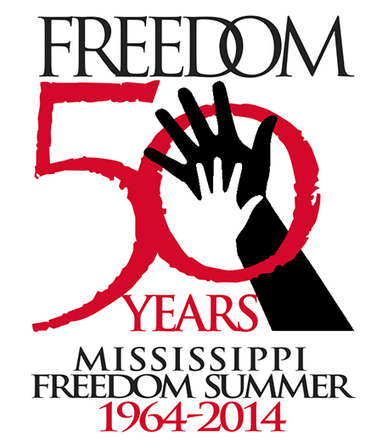 “And it remains for our successors to become better than they can now foresee.”

Fifty years ago, there came from many quarters of our nation a youthful diversity of ethnicities, opinions, lifestyles, and persuasions, a cadre of risk-takers committed to lifting the last burden from the shoulders of the world’s last oppressed woman and man.  Our coming together was more than idealism that has since been celebrated as the Mississippi Summer of 1964.

While countless pundits and chroniclers from without have vertically described, discussed and even extolled the seasonal events of that year, this is the rare occasion, some fifty years later, for a horizontal view of those who survived to tell the story — its origins, frustrations, triumphs and its aspirations as well as hope.

With the doves outnumbering the ravens in the parliament of our hair, this is our unbent and unbowed voice calling to those who must succeed us as radical agents of change.  We want them to know that ours was more than theory and faith.  It was more than uplifting rhetoric and freedom songs — It was pragmatic and tedious, dangerous and deadly, not only for us but more importantly for the locals who believed in us with their lives.  May this passage of time reveal what the present once obscured.  It comes as a special comfort to know that we were far better then than we could have ever known then.