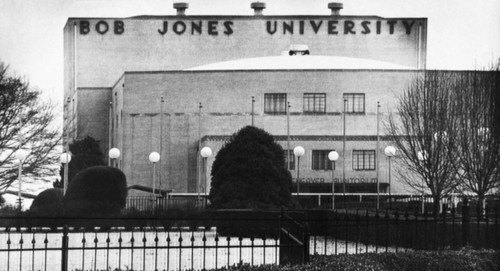 One of the most durable myths in recent history is that the religious right, the coalition of conservative evangelicals and fundamentalists, emerged as a political movement in response to the U.S. Supreme Court’s 1973 Roe v. Wade ruling legalizing abortion. The tale goes something like this: Evangelicals, who had been politically quiescent for…

"The schools had been founded in the mid-1960s in response to the desegregation of public schools set in motion by the Brown v. Board of Education decision of 1954. In 1969, the first year of desegregation, the number of white students enrolled in public schools in Holmes County dropped from 771 to 28; the following year, that number fell to zero."