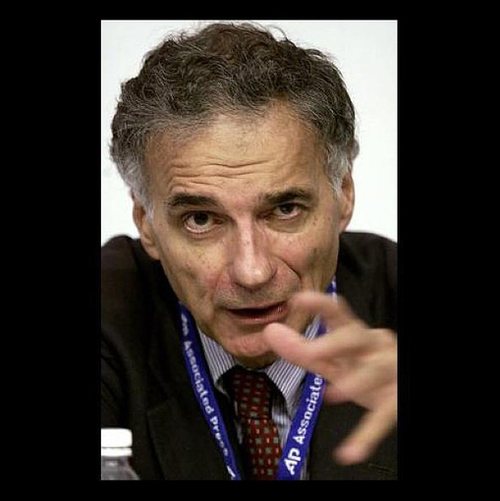 Ralph Nader Some Reflections On The Coming Election *A Reprint from 2000 Let me make this clear from the outset: I agree with Ralph Nader on just about everything.  Everything but his decision to s…

On the left choosing an independent candidate in 2000 who could’t win, but clearly clogged up the works. Playthell Benjamin points the finger.

"Instead of telling black voters that while the Democrats are far from perfect the Republicans will murder their dreams, they have gone on a fool’s errand and are counseling the black community to cast their votes on a pipe dream. I have no doubt that these pampered privileged intellectuals will do just fine under four or eight years of Republican mis-rule, just like their white upper middle class counterparts.  But it’s gonna be a hot time in the old town for the folks farthest down."