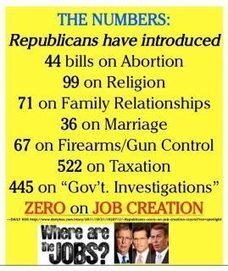 "Here’s the game they’re running: They’ve convinced America that if we give the rich enough money, they’ll use some of that money to create jobs for the poor and middle class. Now, I don’t claim to be an intellectual giant, and I haven’t spent more than 30 minutes studying Economics, but it doesn’t take a great mind to understand that demand fuels supply, not vice versa. If I made my living selling Gucci Bags, for example, I don’t care how much money you give me, I’m not going to produce any additional Gucci Bags if I’m being forced to sell them in a homeless shelter. It wouldn’t make sense, because no one has the money to purchase them. The only way that you’re going to get me to hire people to produce Gucci Bags is if you gave that money to the people in the shelter so they’d have the money to buy my merchandise."