This Weθθek on OUR COMMON GROUND

“We Can’t Breathe: The Language of Rage” 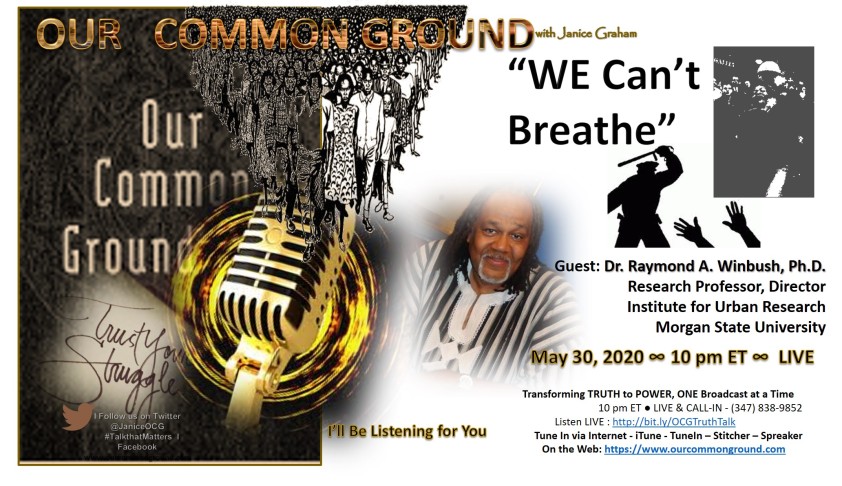 Dr. Winbush is a Director and Research Professor of the Institute for Urban Research at Morgan State University.

As a scholar and activist, he is known for his systems-thinking approaches to understanding the impact of racism/white supremacy on the global African community. His writings, consultations, and research have been instrumental in understanding developmental stages in Black males, public policy and its connection to compensatory justice, relationships between Black males and females, infusion of African studies into school curricula, and the impact of hip hop culture on the contemporary American landscape. 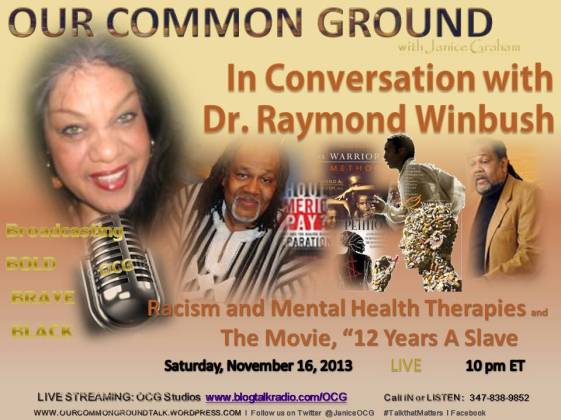 He has served as a faculty member and administrator at a number of universities including: Oakwood University, Alabama A&M University, Vanderbilt University, and Fisk University. Over the last 40 years, Winbush established numerous projects to raise awareness of America’s race relations and their impact upon the lives of Black people. He received grants to further his work from the National Science Foundation, Cleveland Foundation, Job Training Partnership Act of 1982, West African Research Association, Pitney Bowes, Inc., the Ford Motor Company, and the Kellogg Foundation. In 2000, Dr. Winbush helped organize the first international conference of the National Council for Black Studies in Ghana, and in 2002 he aided in establishing the Global Afrikan Congress, the largest pan-African organization in the world.

November 11, 2017  OUR COMMON GROUND IN CONVERSTATION WITH Dr. Winbush on Mumia

September 25, 2013     A Murder in GA with Dr. Raymond Winbush and Kevin Gray, Editor, The Liberator

September 23, 2011   OUR COMMON GROUND with Dr. Raymond Winbush  “The Murder of Troy Davis” 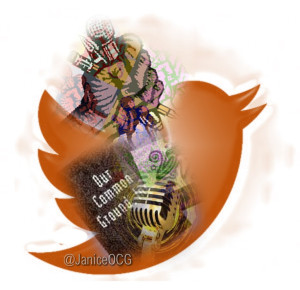 Join us on FACEBOOK and Learn More about this episode

OCG on the Web

Archive of Past OCG Episodes: http://bit.ly/OCGTruthTalk 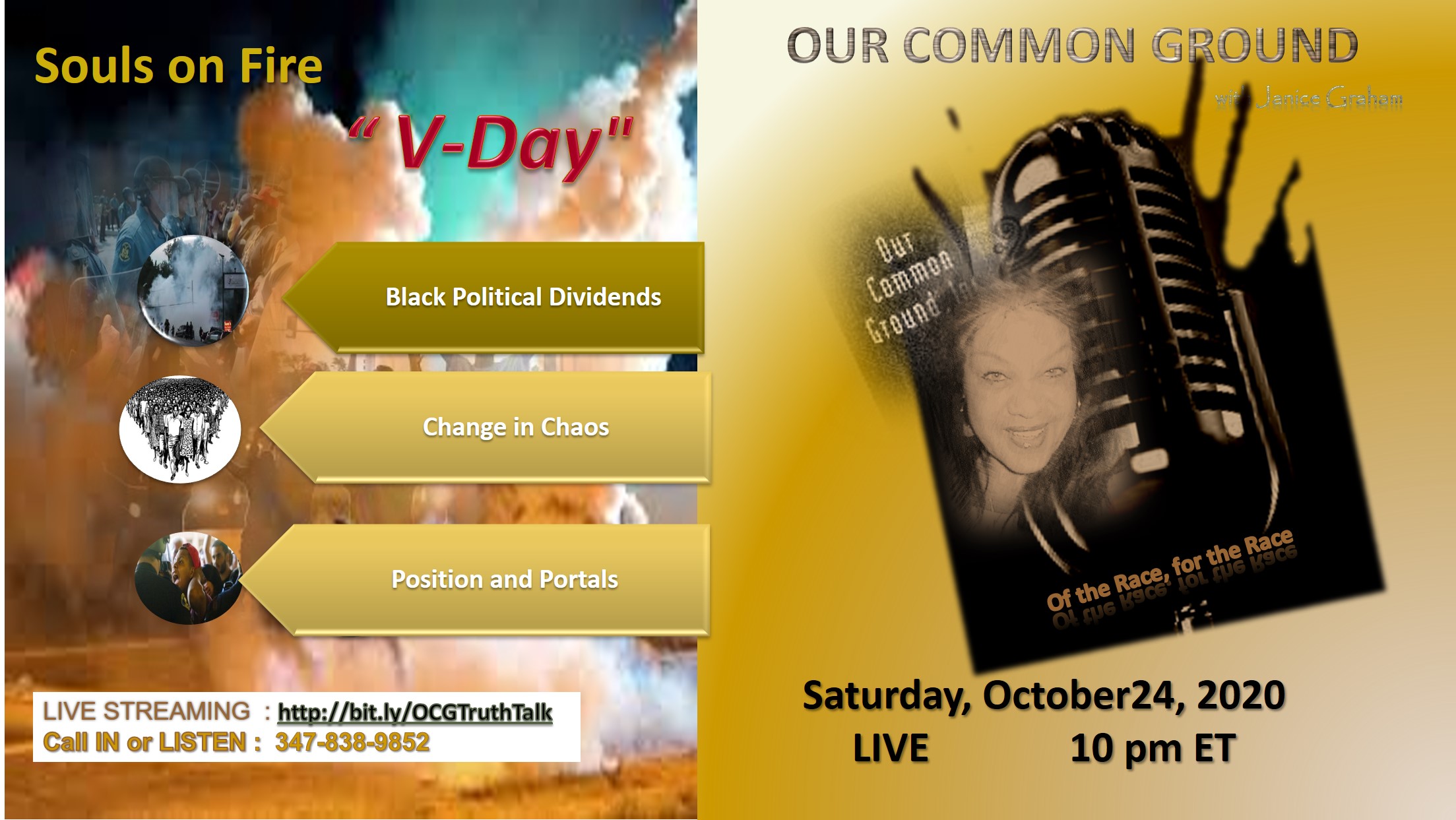