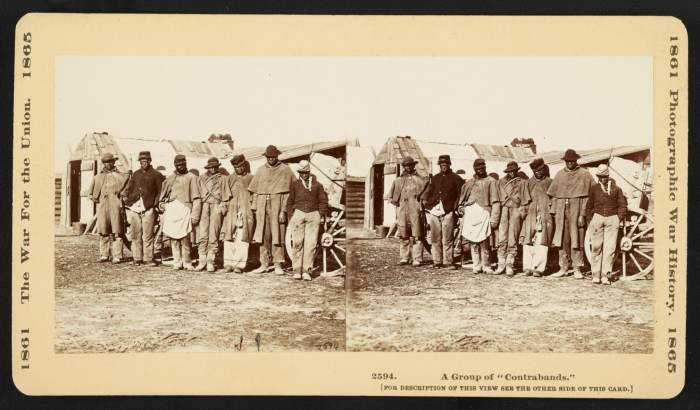 A group of “contrabands,” between 1861-1865. A stereograph showing a group of seven African American men, former slaves, dressed in old Union uniforms standing in front of a wagon and shack. (Library of Congress Prints and Photographs Division)By Gillian Brockell September 11, 2014On a rainy night in early 1865, Secretary of War Edwin Stanton arrived in Savannah, Ga. — which the Union had captured weeks earlier — with a question: What should become of newly free black people? It was a question that many in power had been asking for some time. What was different this time was to whom the question was posed: the newly free black people themselves.It was a visit born of a massacre about a month before, and it launched a debate that continues to this day.The issue of where these people should go had dogged Maj. Gen. William T. Sherman, too, as he marched through Georgia in the fall of 1864. Sherman had expected to pick up able-bodied black men to assist his troops (but not to join them; Sherman would not allow that). An unintended consequence of his scorched-earth policy was that all manner of freed slaves — including women, children and the elderly — abandoned the plantations and fell in behind him.More than 10,000 black refugees followed Sherman’s March to the Sea. That many mouths to feed would have proved challenging for a well-stocked force, but for an army that survived by foraging, it was nearly impossible. James Connolly, a 21-year-old major in the Illinois Volunteer Infantry (and future congressman), wrote that the refugee camps were so numerous that they often ringed the camps of the corps. The “contrabands,” as they were called, regularly wandered into Union camps to beg for food. And as Sherman’s force approached the sandy and less fertile Georgia coast, it became even more difficult to accommodate them.There was one corps, however, the refugees seemed to avoid: the 14th Corps, led by a brigadier general with a most unlikely name: Jefferson Davis. Davis — derisively called “General Reb” not only for having the same name as the Confederate president but also for his hatred of black people — had become notorious two years earlier when he shot dead a superior officer, Maj. Gen. William “Bull” Nelson, during an argument at a hotel. He escaped punishment only because the military couldn’t afford to lose an experienced field commander.Davis blamed the 600 or so black refugees following his unit for slowing down his 14,000 men in the closing weeks of the march. But from other accounts, it seems that the problem was the relentless winter rain. “At one time an officer counted 24 wagons sunk to their beds in mud,” writes Jim Miles in “To the Sea: A History and Tour Guide of Sherman’s March.” “He witnessed several mules sink out of sight.”Speed was vital. Davis knew that Lt. Gen. Joseph Wheeler’s Confederate cavalry was hot on their heels.For several days in early December, Davis drove the 14th Corps nearly nonstop, resting for two or three hours a night. One soldier reported falling asleep in the middle of “a fearfully hard march” and found himself in lock step upon jerking awake. Little more than coffee sustained them.On the night of Dec. 8, the corps arrived at the western bank of Ebenezer Creek. The bridge had been destroyed, in anticipation of their arrival, and the frigid waters had swollen to 10 feet deep and 165 feet wide. Scouts from Wheeler’s cavalry harassed Union troops in the rear.A pontoon bridge was in place by midnight, and Davis ordered the corps to cross the creek in silence and under the cover of darkness. According to Miles, a single Confederate cannon could have destroyed the bridge and stopped the entire corps, then only 18 miles from Savannah.But in this tenuous artery, Davis saw an opportunity.“On the pretence that there was likely to be fighting in front, the negroes were told not to go upon the pontoon-bridge until all the troops and wagons were over: a guard was detailed to enforce the order,” recalled Col. Charles Kerr of the 16th Illinois Cavalry in a speech 20 years after the incident. “As soon as we were over the creek, orders were given to the engineers to take up the pontoons and not let a negro cross. . . . I sat upon my horse then and witnessed a scene the like of which I pray my eyes may never see again.”Just before sunrise, the refugees cried out as their escape route was pulled away from them. Moments later, Wheeler’s scouts rode up from behind and opened fire. Hundreds of refugees rushed forward into the icy current. Several Union soldiers on the eastern bank tried to help, pushing logs out to the few refugees still swimming.Some of the refugees were crushed under the weight of the stampede. Most slipped under the water and drowned. Those who remained onshore were either shot or captured and re-enslaved.And when Wheeler’s men began shooting across the creek, the Union soldiers helping the black people were ordered to rej 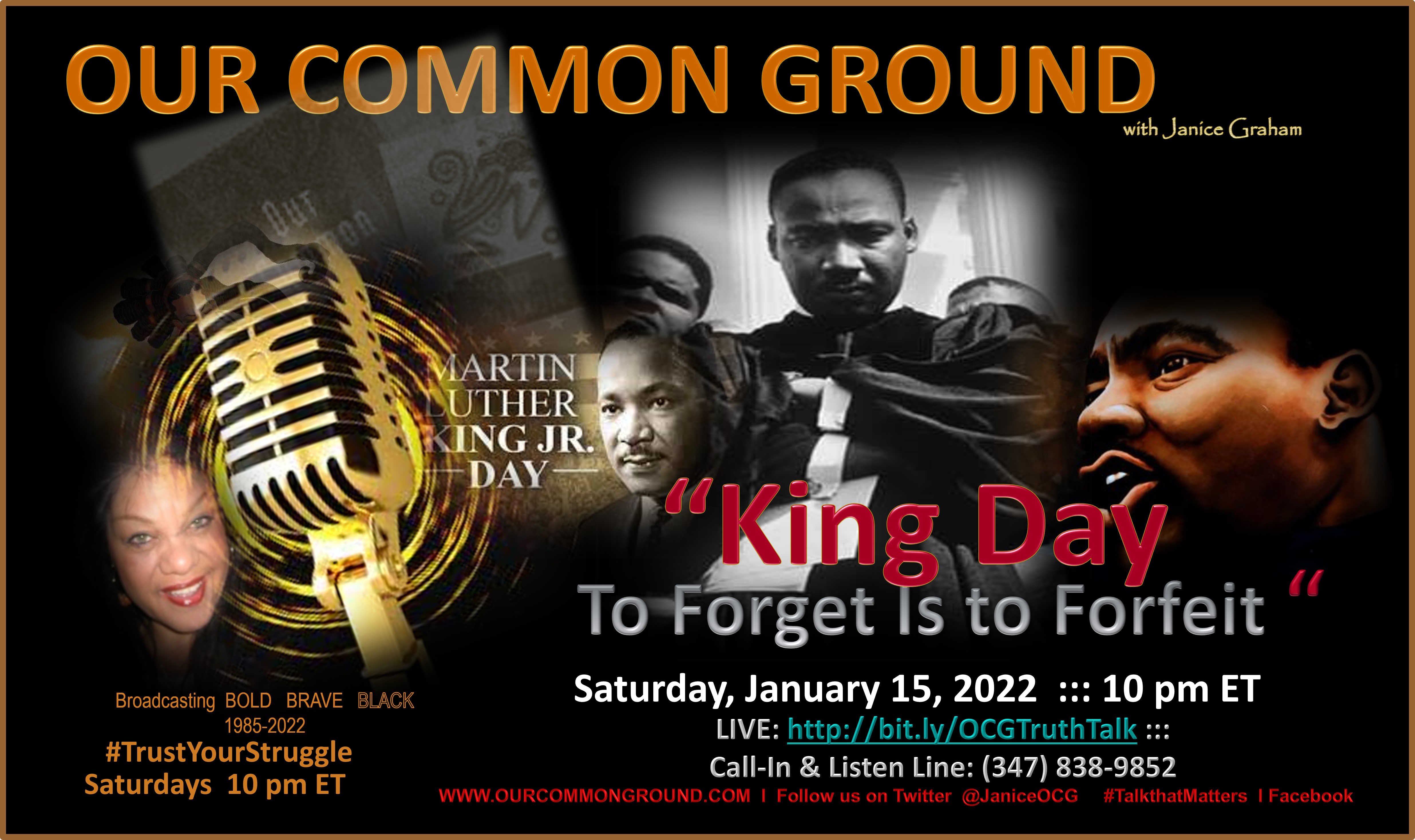