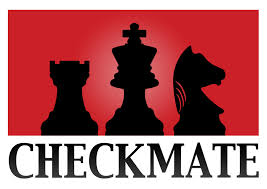 Doesn’t matter whether its checkers or chess. When the rules don’t matter and lies work better than truth. Its GOP CHECKMATE. Always is for those who will do anything to win.

Join ALFO tonight to discuss democracy and our tax-dollars in the mix of their games.
It’s "JUST DAMN’" Talk Radio

"Serving HOT Grits with his Politics"

” The Nexus of Politics, Truth and Common Sense”

THE ALFO SHOW provides Political Insight, Analysis and Review . . . calling out the madness on the full spectrum of the political landscape. He calls out the issues, lies, intentional and conspiratorial confusion and the names of those who perpetuate the grooming of a misled and misinformed and underinformed Black electorate and activist community.

ALFO challenges the weak, knee bending, shadow fearing leadership and politics in America. Every Friday he is challenging Black people to pick up the mantle. He provides a scathing critique of racist politicians, corporate controlled and paid for public policy maker and those who support them.

The ALFO Show is an alternative for Black people who are harmed by“ the scathing critique of racist, corporate controlled media has largely and not surprisingly been ignored by those whom the author, Ismael Reed labels the “Jim Crow Media.” The ALFO Show is the Best of PUSH-BACK POLITICAL TALK. Listeners call it, “just damn’ talk radio”.