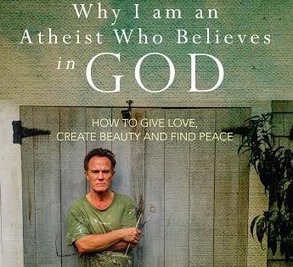 Jesus would not be a “Bible believer,” as we use that term in the post Billy Graham era of American fundamentalist religiosity.”

OUR COMMON GROUND Voice, Frank Schaeffer is the New York Times best selling author of more than a dozen books Frank Schaeffer is a survivor of both polio and an evangelical/fundamentalist childhood, an acclaimed writer who overcame severe dyslexia, a home-schooled and self-taught documentary movie director, a feature film director and producer of four low budget Hollywood features Frank has described as "pretty terrible," and a best selling author of both fiction and nonfiction. Frank is the author of "And God Said, ‘Billy!’" and many other books. Frank’s three semi-biographical novels about growing up in a fundamentalist mission: "Portofino," "Zermatt" and "Saving Grandma" have a worldwide following and have been translated into nine languages. Jane Smiley writing in the Washington Post (7/10/11) says this of Frank’s memoirs "Crazy For God" and "Sex, Mom and God": "[Schaeffer’s] memoirs have a way of winning a reader’s friendship…Schaeffer is a good memoirist, smart and often laugh-out-loud funny…Frank seems to have been born irreverent, but his memoirs have a serious purpose, and that is to expose the insanity and the corruption of what has become a powerful and frightening force in American politics… Frank has been straightforward and entertaining in his campaign to right the political wrongs he regrets committing in the 1970s and ’80s…As someone who has made redemption his work, he has, in fact, shown amazing grace."