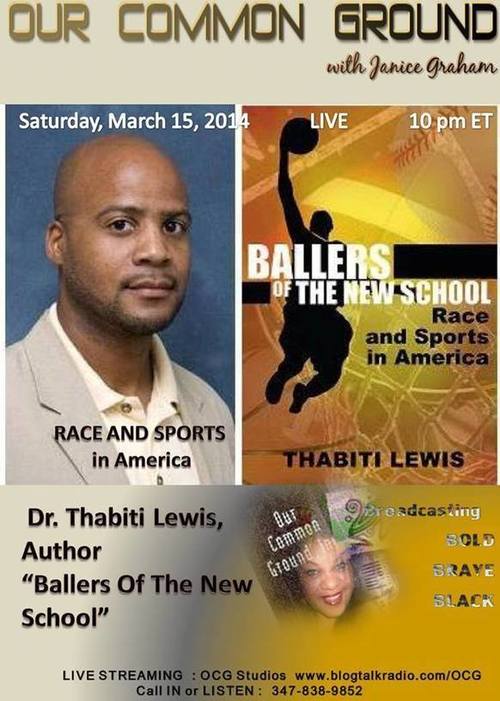 Author, “Ballers of the New School”

Thabiti Lewis has written for several newspapers, magazines, journals and magazines such as The Source Magazine, Crisis Magazine, AmeriQuests, News One, The St. Louis American, The St. Louis Post-Dispatch, Oregon Humanities Magazine, and The Oregonian. He has also contributed several political and cultural commentaries to cable and radio programs.

In December of 2010 he published this pioneering book about sports, race, and American culture, Ballers of the New School: Race and Sports in America (Third World Press). Prior to this he edited and co-edited special issues of journals (The Willamette Journal and AmeriQuests Journal). He is the editor of Conversations with Toni Cade Bambara (University Press of Mississippi), and is completing a book-length study about the art of the politics in the fiction of the writer Toni Cade Bambara. He is also at work on a study of the performance of heroism, race, and gender in four American sports museums.