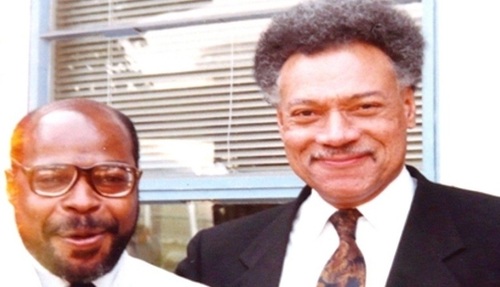 BY RUNOKO RASHIDI I first met Ivan Van Sertima in either late 1980 or 1981. I went to a lecture that he gave in a classroom at UCLA. An evening or so later, I attended a reception in his honor at the residence of Legrand H. Clegg II, noted authority of African and American history and …

Historian, Author, Anthropologist and OUR COMMON GROUND Voice, Dr. Runoko Rashidi , "I remember that Ivan, Legrand, myself and a San Diego brother named Chuck Ambers, were parked in front of a liquor store talking about what spirits we were going to buy when Ivan asked no one in particular if anybody knew anybody who might know somebody if they knew anybody who had photographs of the people of ancient Iraq."