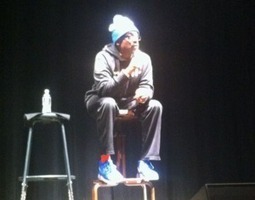 ‘You can’t just come in the neighborhood and start bogarting and say, like you’re motherf*****’ Columbus and kill off the Native Americans. Or what they do in Brazil, what they did to the indigenous people. You have to come with respect. There’s a code. There’s people.’