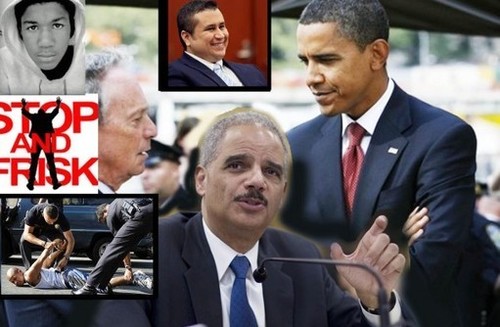 Race, justice, Democrats and President Obama.  Dodging the race issue has been a consistent trait of the Obama Administration.  Nobody cares how tough your

The question is: Whose making the issues a top priority.  And that’s not all about skin tone, it’s also party.  Democrats typically lead oncriminal justice.  We’re about to find out exactly how far President Obama and Gen. Holder are willing to go for justice in the matter of Trayvon Martin. After five years, anyone who supported the President should ask themselves exactly what waiting in line for 14 hours was really worth.  The President has yet to endorse the End Racial Profiling Act in the Senate.