Before the final battle begins, a shackled Missandei is on display for Daenerys, Missandei’s lover Grey Worm, and the rest of her army. Refusing to bend the knee and give up the throne, Cersei commands The Mountain, her knights guard, to kill Missandei. When Cersei offers Missandei the opportunity to have any last words, she only has one: “Dracarys.” In the fictional language, High Valyrian, it literally translates to dragonfire. In her final act, the quiet and reserved Missandei tells both her queen and her lover to burn King’s Landing to the ground. 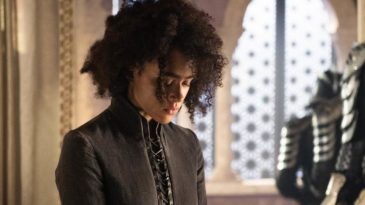 For Black women who love the show, last Sunday’s episode was especially difficult. As the only Black female character on the show, it seemed that Missandei was the only sister in all of the seven kingdoms. Seeing her back in chains was especially rough and, in light of the series’ trajectory, her death felt unnecessary.

Source: In Missandei’s Final Act, She Reminds Us That It Is Okay For Black Women To Be Angry