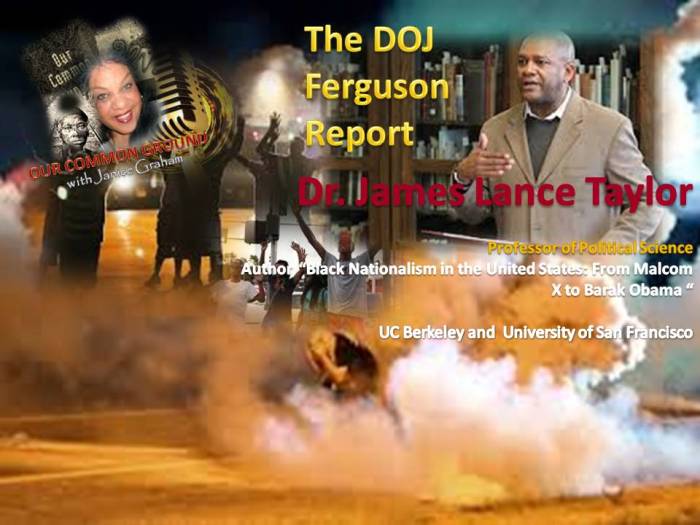 Listen LIVE and Call In

Does the report or the path established by the DOJ adequate to address the findings and the "new jim crow" era of police terrorism against Black people in America?

The Department of Justice issued a report on Wednesday detailing what it alleged was the Ferguson Police Department’s pattern of racial bias and violations of people’s Constitutional rights.

Shortly after the release, Attorney General Eric Holder held a news conference in which he said the police had created a "highly toxic environment" for the residents of Ferguson, especially for blacks.

According to the report, between 2012 and 2014, blacks made up 85 percent of the department’s vehicle stops, 90 percent of citations, and 93 percent of arrests, even though they comprise just 67 percent of Ferguson’s population.

In the 105-page report, the Department of Justice described numerous accounts from Ferguson residents about their interactions with police officers.

Does the report or the path established by the DOJ adequate to address the findings and the "new jim crow" era of police terrorism against Black people in America?

Dr. James Lance Taylor is author of the book Black Nationalism in the United States: From Malcolm X to Barack Obama, which earned 2011 "Outstanding Academic Title" -Choice: Current Reviews for Academic Libraries (January 2012). (Ranked top 3 percent of 25,000 books submitted and top 8 percent of 7,300 actually accepted for review by the American Library Association). He is the Immediate Past President of the National Conference of Black Political Scientists (NCOBPS), an important organization of African American, African, and Afro Caribbean political scientists in the United States.

He is co-editor and an author with Katherine Tate (UC Irvine) and Mark Sawyer UCLA Something’s in the Air: Race and the Legalization of Marijuana (Routledge, 2013), focusing on controversies concerning race and marijuana legalization. Taylor’s current research is for a book manuscript, Peoples Temple, Jim Jones, and Black America, which is a study of the Peoples Temple movement and African American political history. Two of his articles on the subject have appeared in recent editions of the Jonestown Report newsletter at San Diego State University. Two additional articles on the Post-Civil Rights era African-American Church and Civil Rights are in production at SUNY Press. He is currently writing a journal article, "A Black Theology of the ‘Souls’ of W.E.B. Du Bois’s Black Folk" in recognition of that book’s one-hundred and tenth anniversary (2013)

"Speaking Truth to Power and OURselves"

See on Scoop.it – OUR COMMON GROUND with Janice Graham ☥ Coming Up