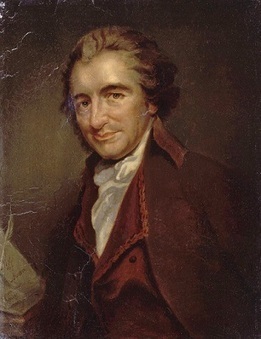 Thomas Paine never veered from the proposition that liberty meant the liberty to speak the truth even if no one wanted to hear it.

"The power of Paine, as in the case of Orwell or Baldwin, was that he refused to be anyone’s propagandist. He may have embraced the American Revolution, as he embraced the French Revolution, but he was a fierce abolitionist and a foe of the use of terror as a political tool, a stance for which he was eventually imprisoned in revolutionary France. He asked the American revolutionaries “with what consistency, or decency” they “could complain so loudly of attempts to enslave them, while they hold so many hundred thousand in slavery.” He stood up in the National Convention in France, where he was one of two foreigners allowed to be elected and sit as a delegate, to denounce the calls in the chamber to execute the king, Louis XVI. “He that would make his own liberty secure must guard even his enemy from oppression,” Paine said."