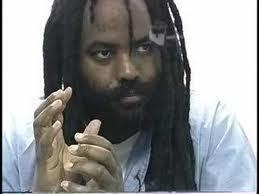 When news broke of the comments of a wealthy NBA owner to his lover, it made me feel queasy.

That’s because some things should remain private, especially between lovers.

It’s not the business of the media, much less the government — nor us, for that matter.

I feel this way even when the issue of racism is raised, for even racism shouldn’t trump personal privacy.

Nothing Donald Stern has said has changed my view.

Moreover, this event looks like episodic racism, and reflects occasional eruptions, but also within the realm of the private. This ignores systematic racism, which, unlike episodic racism (which effects, at best, less than half a dozen people), has an impact on the lives and life-hopes of hundreds of thousands, if not millions of people.

An example. Many people will agree that mass incarceration has affected the lives of millions; disproportionately African-Americans and Latinos.

This was no accident. It didn’t just happen.

This was a racist policy, made by politicians to play to the imagined fears of whites of dark ‘Others’.

It was also a cynical political decision to exploit the sufferings of millions of people to enrich the prison-industrial-complex, and boost employment in rural America, where most prisons are situated.

It is this vast, impersonal, systemic racism that deserves our attention – and our condemnation.

Not that of an old goat lusting after a 30-something and animated more by jealousy and envy, than real hatred.

But guess which one the media will exploit?