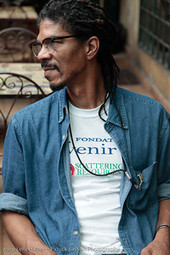 OUR COMMON GROUND voice, Kevin Alexander Gray is currently organizing the Harriet Tubman Freedom House Project which focuses on community based political and cultural education. Organizer — National Mobilization Committee Against the Drug War.  Former managing & contributing editor of Black News inColumbia.  Now serves as contributing writer to other minority newspapers in South Carolina.  He served as a national board member of the American Civil Liberties Union for 4 years & is a past eight-term president of the South Carolina affiliate of the ACLU.  Advisory board member of DRC Net (Drug Policy Reform Coalition).

In 1997, Gray was an organizer for the Rainbow/PUSH Coalition’s anti-Proposition 209 marches in San Francisco & Sacramento, California.