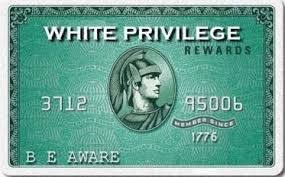 "This, then, is the other part to any national conversation on race: a conversation about white privilege, about the presumed innocence afforded to whiteness regardless of action and outcome – an issue which has so far gone unremarked by any elected official. It is one that I believe the Left needs to grapple with and focus on more actively. The day a major white figure speaks to white privilege – its  presence, power, when they make it personal – then we’ll be engaged in a full national conversation on race. How willing are we to engage in that conversation?"

Esther Armah is the creator of ‘Emotional Justice Unplugged’, the multi platform, multi media intimate public arts and conversation series. She’s a New York Radio Host for WBAI99.5FM, a regular on MSNBC’s Up with Chris Hayes and an international journalist, Playwright and National best-selling author.

2 thoughts on “The Other National Conversation? White Privilege by Esther Armah”